The DVD special, Kamen Rider Drive: Secret Mission typeZERO contains the show's episode 0, "Countdown to Global Freeze", which revolves around what happened to Shinnosuke, Kiriko, and Mr. Belt during the Global Freeze event, the event when the Roidmude first attacked mankind. This story will also feature the mysterious Proto-Drive.

Only 10,000 copies of the DVD will be distributed in theatres during the screening of Kamen Rider Drive x Gaim: Movie Wars Full Throttle film. The film premieres on December 13 in Japan. 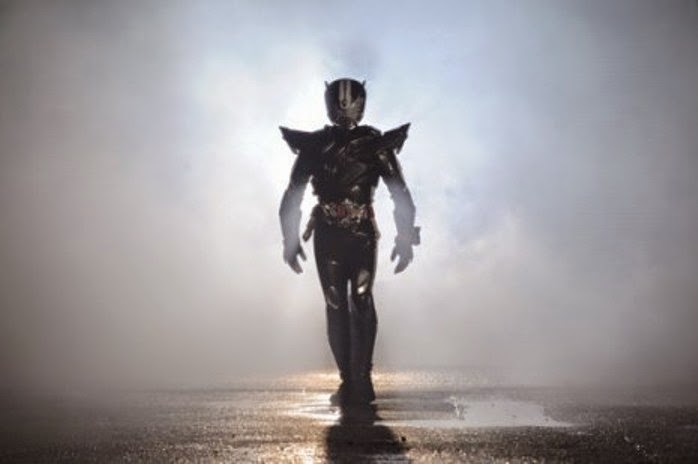 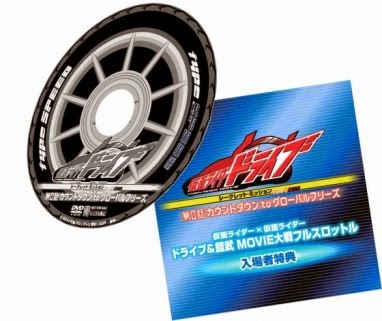 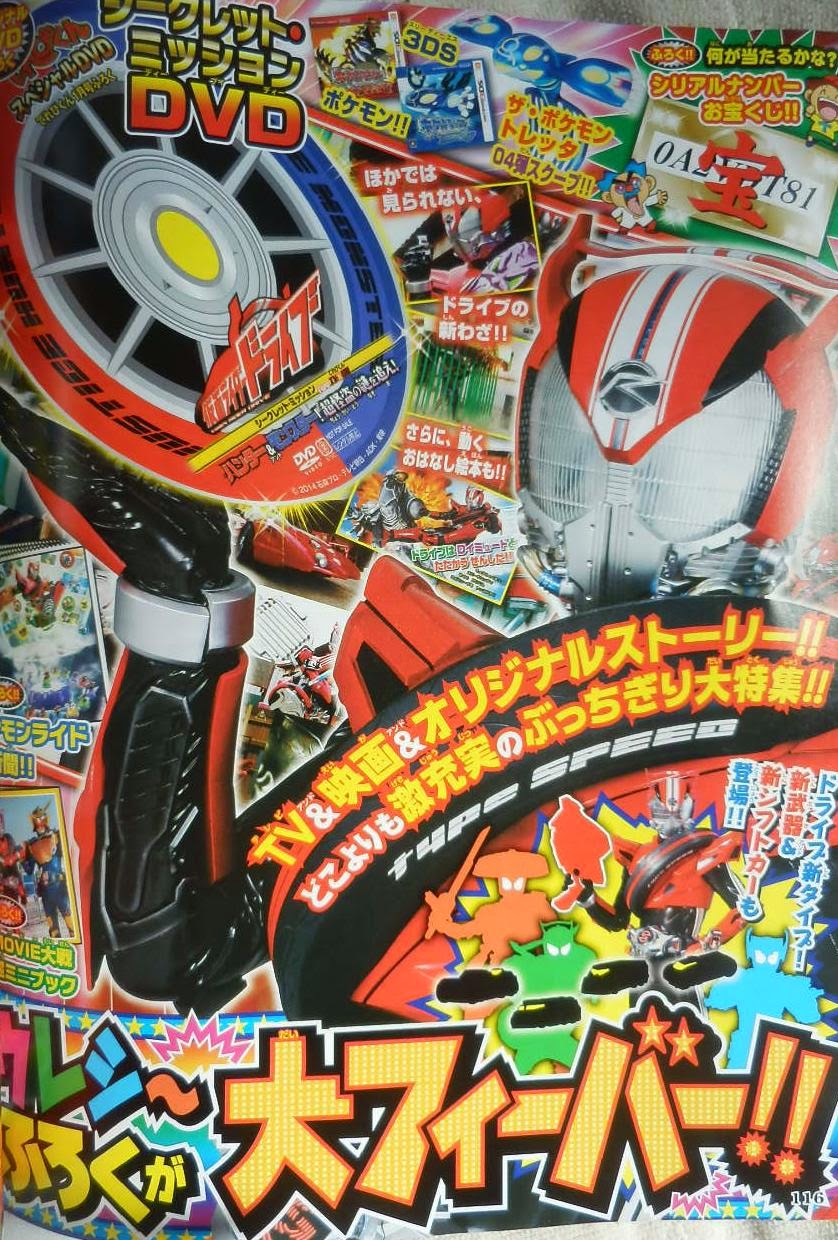 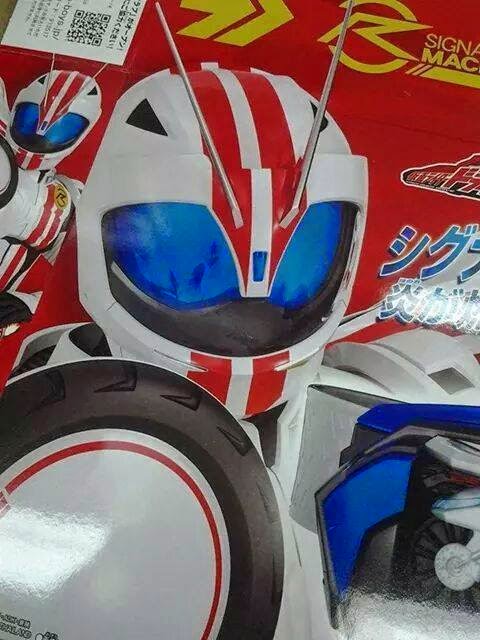 At last, after a month of waiting, the first look on Kamen Rider Mach is finally here! Are you ready for the arrival of the 2nd rider for the series? 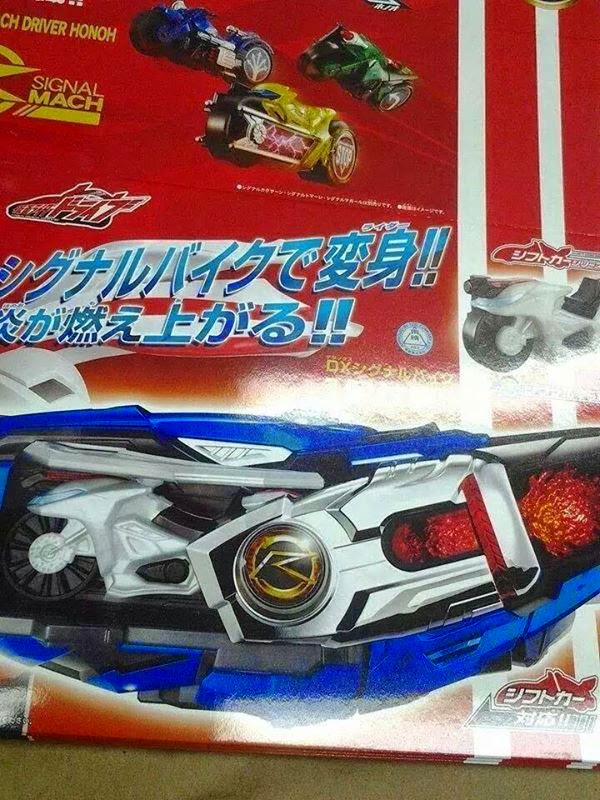 The pic seems to be taken from the box of the DX Mach Driver. Overall, the helmet design for Mach is almost none insectoid looking which is a nice design IMO, almost similar to that of a white zect trooper helmet.

So what do you think of the design for the 2nd rider from Kamen Rider Drive? Drop us some comments below.

Kamen Rider Drive November Episode Guide
Episode 5 - What are the Steel Bandits Aiming For? (11/9)
Writer: Riku Sanjou | Director: Satoshi Morota
Superintendent Kirihara of the Ministry of Public Security’s HQ will provide information to the Special Unit Divison. In return, Kamen Rider Drive/Shinnosuke is asked to protect an armored vehicle from a monster attack.

Episode 6 - Whom Does the Warrior Fight For? (11/16)
Writer: Riku Sanjou | Director: Satoshi Morota
Shinnosuke is badly injured because of Brain's poison attack. Meanwhile, the Special Unit questions the Font Art Company's president with his consent, but Kirihara gives an order to the Special Unit that forbids further investigation, as if he protects the president for some reason. In addition, Kirihara also tells the unit about the freezing but electrical physicist Rinna has something to say about it.

Episode 7 - Was That Crucial Moment Photographed? (11/23)
Writer: Keiichi Hasegawa | Director: Kyohei Yamaguchi
Buildings that have been constructed by Kaishima City Construction are mysteriously collapsing more frequently. Meanwhile, Shinnosuke is being followed by a journalist named Takasugi. Takasugi's goal is to get a scoop about the mysterious Kamen Rider.

Episode 8 - What Is the Secret That Dwells in the Chest? (11/30)
Writer: Keiichi Hasegawa | Director: Kyohei Yamaguchi
The reason why he wants a scoop about the Kamen Rider is revealed! He wants to borrow the Kamen Rider's power to solve the building case. Shinnosuke learns the truth behind Kaishima City Construction's construction work, which was done with a lot of corner-cutting. Takasugi tries to inform the public about it, only to be hushed by the company.
http://www.orendsrange.com/2014/10/kame ... guide.html 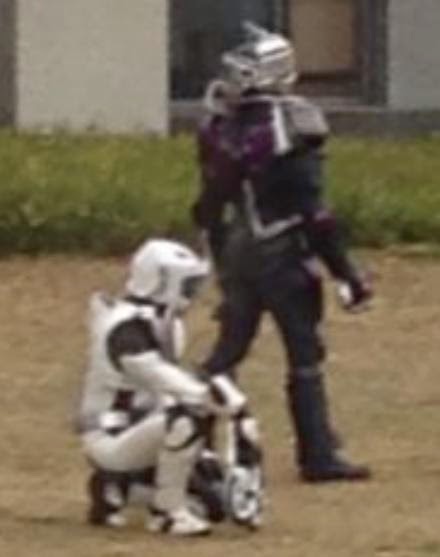