The American Way of Toku. 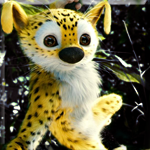 One of your first roles in Hollywood was the Yellow Power Ranger, is that a role you are still proud of?

Being a Power Ranger was the first series regular role that I booked, when I moved out here. I was 19, and I learned a lot. We shot 47 episodes and two seasons, and I basically had a crash course of what it’s like to be on TV. I learned all sorts of things, I learned stunt work, we worked 16 hours a day. I worked my ass off on that show.

Did you pick up any martial arts moves on the show?

Not to crush anybody’s dreams out there, but they’re actually little stuntmen behind the spandex. It’s one of those things, we’re the actors, anytime we would “morph”, into power rangers, a stuntman would take our place. They did train us, and we did do a few fighting sequences, but anytime you see a power ranger with a helmet on it’s not the actor underneath it.
„Leg deine Waffe nieder und höre Bob Marley.“
Nach oben

"Is all that we see or seem but a dream within a dream?" - Edgar Allan Poe
Nach oben

"Is all that we see or seem but a dream within a dream?" - Edgar Allan Poe
Nach oben 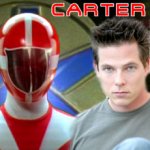