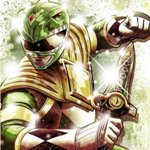 Before that, we advice you to, again, take this one with a grain of salt.

"Ninninger's final robot will release in October. It is known as "GekiAtsuDaiOh." This will be the only thing released in Quarter 4, besides special releases (Figuarts and Tamashii shop releases.)

-Each of these final Otomin has an Animal + Vehicle motif. (Genbu is part caterpillar construction vehicle, Seiryuu is part motorcycle, and Magoi is part submarine.)

-As a whole, the robot has orange and blue coloring. It looks very god like, and has a flame motif.

-GekiAtsuDaiOh can swap with Shurikenjin in the HaOhShurikenjin formation, forming HaOhGekiAtsuDaiOh. This seems to be the only gattai it can perform.

-Another gimmick of the robo is a missle launcher in the chest. It can launch 6 differently-colored missiles."

So what's your take on this? the 3rd quarter mecha has already debuted so expect some leaked scans from time to time.
http://www.jefusion.com/2015/07/shurike ... mecha.html