-A group of 12 Nanashi challenge the Yuumajyu

The info is intriguing, at the very least. It was rumored for a while that an evil ShinkenRed would appear in the film. Hone no Shitari returning was a no brainer.

The Yuumajyu in the movie is interesting, but it makes sense. VS Movies always take place a while before they are released, for whatever reason. It also seems to hint at the following:
-Remainder of WarStar in Goseiger Movie
-Yuumajyu in Gosei VS Shinken
-Possible Matrintis return in Gokai VS Super Sentai, maybe

Not sure what the "12 Nanashi" thing is about thought.

And the Goukaiger appearing means we may have photos of our new ranger team quite early. It's been said at the end of the month, we get a look at them, possibly sooner.

-The New Sentai will appear in the film. The 35th Sentai will be the Decade-for-Sentai, and be a celebratory series. The series will feature the return of old Red Rangers, with the original actors returning, as much as possible. 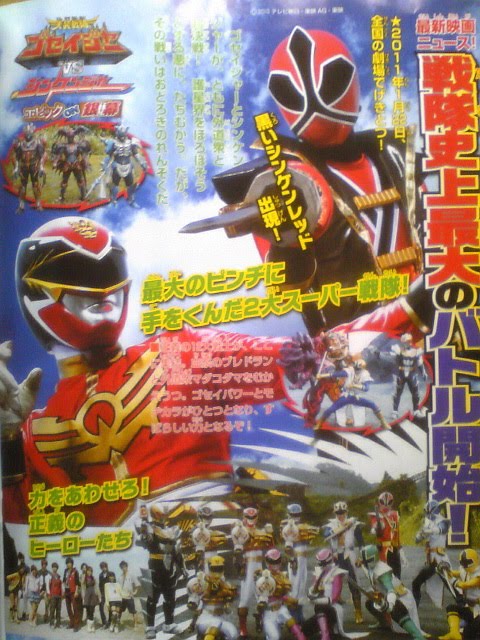 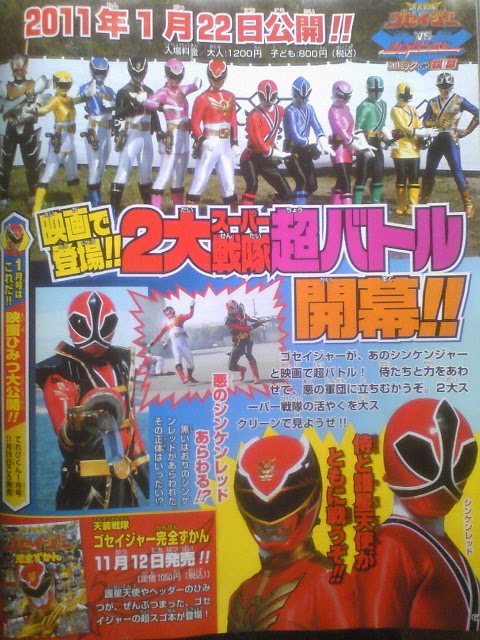 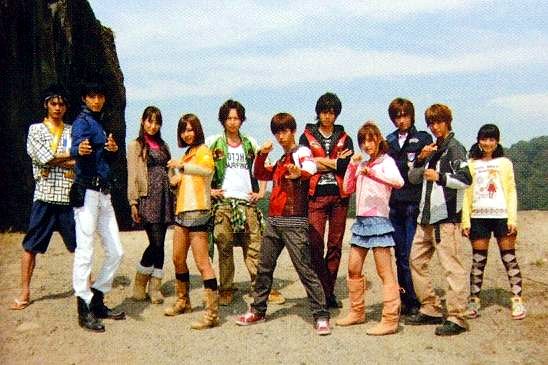 An Ayakashi named Madakodama makes an appearance in the city and starts attacking, until Arata comes in and fights him as GoseiRed. However, his Tensou-jutsu had no effects on the said Ayakashi. That's when ShinkenRed appeared. In order to cut open the Sanzu no Kawa, Madakodama retreated. How did the Gedoushu got revived?

So, Takeru gave an order to Jii to call back all the other Shinkengers. Arata, as a Goseiger, wants to co-operate with the Shinkengers. Jii thinks that Doukoku has something to do with Gedoushu's return. The other four Shinkengers reappear one by one, but it wasn't the time for a celebration. Madakodama once again starts attacking and 2 Super Sentai teams teamed up to fight him. But it was such a difficult fight for them, that Takeru was captured. this made an uproar to occur between the 2 teams, although Arata refuse to give up. Something awful is happening to Takeru's body. What is his fate? 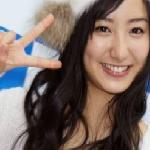 das klingt aber recht spannend
What's a Kamen? And how do you ride on it?