"The Bandai Museum (バンダイミュージアム, Bandai Myūjiamu?) is located in Mibu, Shimotsuga District, Tochigi, Japan. It opened on July 19, 2003 at Matsudo, Chiba, then closed on August 31, 2006, then moved on April 28, 2007 to Mibu, Tochigi (the given coordinates match Matsudo, not Mibu) where it features exhibits on Ultraman, Gundam, Godzilla, Super Sentai, and a Gundam-themed cafe along with various shops attached to the museum." 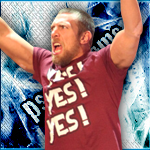